History of the observatory

D'Abbadie and the astronomical observatory

Antoine d'Abbadie was born in Dublin in 1810 as a Basque father and an Irish mother. Antoine d'Abbadie moved to Urrugne in 1849. Very early, Abbadie traveled a lot, especially in Ethiopia with his brother Arnauld for twelve years and also in Norway, Spain, Algeria, etc. It carries out important works in the field of cartography and geodesy of the countries covered. In 1852, he was elected to the Paris Academy of Sciences as a corresponding member in the section of Geography and Navigation. Antoine d'Abbadie was very attached to the Basque culture and continued his work on the Basque language.
In 1859, Antoine d'Abbadie married Virginie de Saint-Bonnet (1828-1901), a native of Dauphiné and, from 1864 to 1870, he built the castle-observatory on the Basque coast. The Abbadie couple invested considerably in the construction of the building.
Antoine d'Abbadie continued with the astronomer Rodolphe Radeau the definitive publication of his work on the Geodesy of Ethiopia (1860 - 1873) and, in 1878, became a member of the Bureau des longitudes. Passionate of astronomy, he built his castle in which the observatory, completed in 1879, will take an important place. A team of six to eight astronomers will make very regular observations with the meridian transit circle, made by W. Eichens. The observatory is also equipped for geophysical work (seismology, inclinometry).
In 1897, at his death, Antoine d'Abbadie transmitted his property to the Academy of Sciences, still the owner, who was in charge of continuing the observations with the team in place. The observations, later taken over by the CNRS and Bordeaux observatory, will continue until 1975. Antoine d'Abbadie asked that scientific research be continued after his death and that a priest provides the observations and religious services for the villagers.
Among the many publications of Abbadie, some relate specifically to astronomy: 1892, Bulletin Astronomique Serie I, vol. 9, pp.89-102, Mémoires et observations. La fluctuation des latitudes terrestres. Lettre à M. R. Radau par M. Antoine d'Abbadie, membre de l'Institut
1888, Nature, vol. 37, p.438, The Micromillimetre
1886, The Observatory, Vol. 9, p. 227-229, The proposed change in the astronomical day
1884, L'Astronomie, vol. 3, pp.408-409, Choix d'un Premier Méridien.
1879, The Observatory, Vol. 3, p. 24-25, The Pulkowa double star observations
1874, Astronomical register, vol. 12, pp.195-195, Correspondence - Transit of Venus 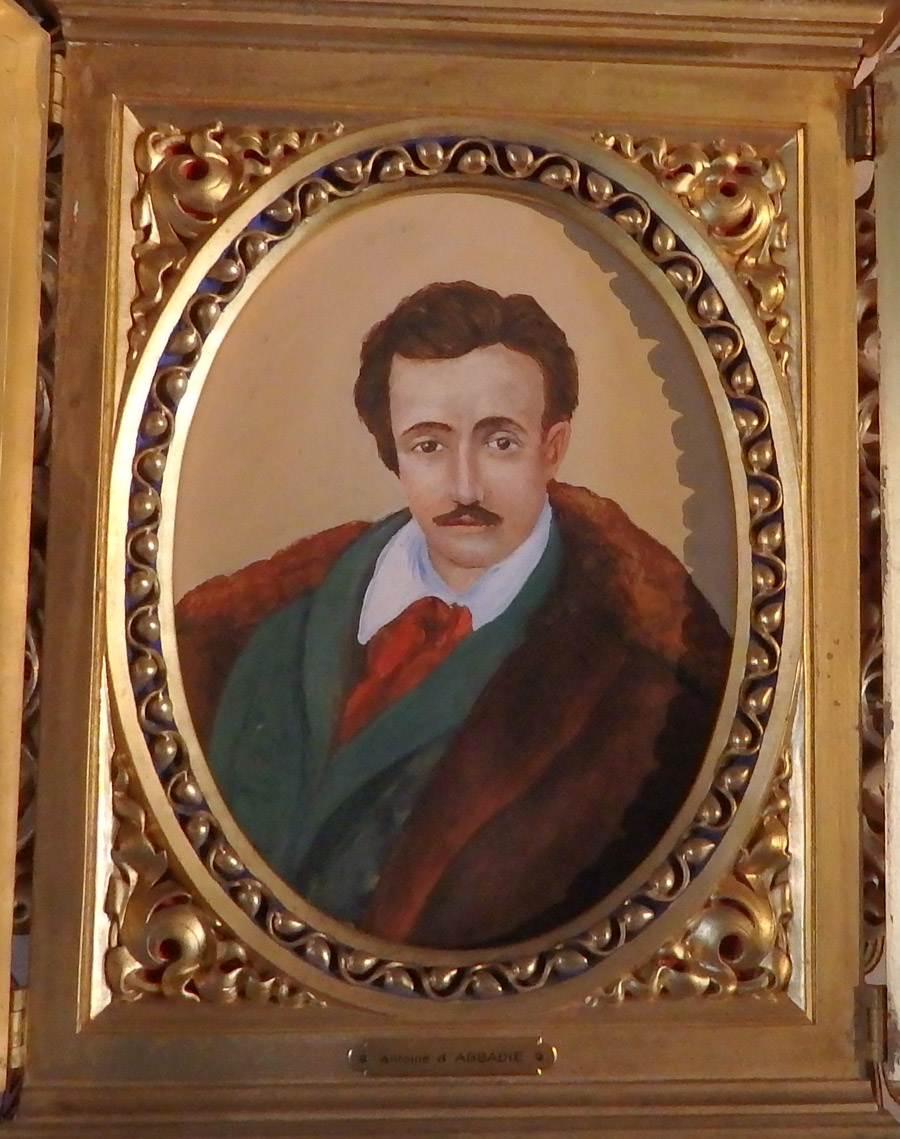 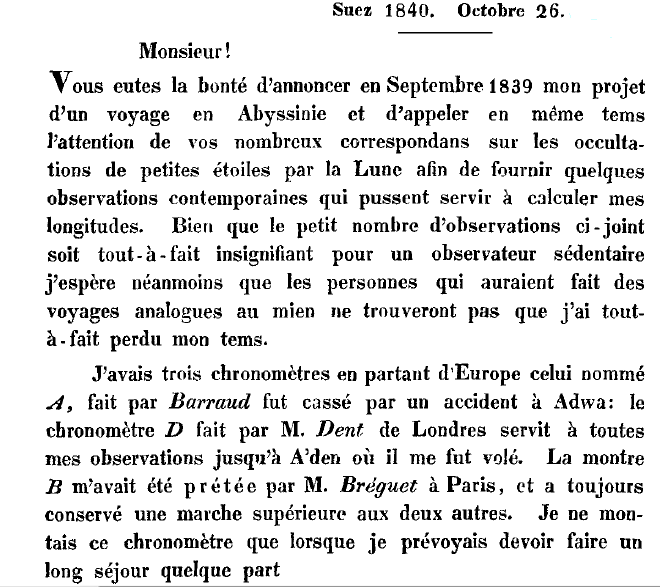 letter from Antoine d'Abbadie to the editor of Astronomische Nachrichten on his method for the conservation of time of his astronomical observations (click on the image for enlarging)
Credit : JEA